You have just been in an automobile accident and now you are wondering if your vehicle is repairable or if it’s totaled. Your body shop manager says that they are certain they can repair it, but the insurance company says they want to total it! What to do? Who do you believe? What are your options?

A car is generally considered totaled, or a ‘total loss’ when the cost to repair the car exceeds a percentage of the value of the car. Some states have laws that define a totaled vehicle by specific thresholds. In many States, a car may be totaled when the damage is greater than 75 percent of its value. Oklahoma is 60%, and in several States, including Florida, it’s 80%.

In a Florida case, if a vehicle is worth, let’s say $20,000 and the repair estimate is at or close to $16,000, the vehicle would likely be considered totaled. Often the full extent of the damage is unknown until the vehicle is fully dismantled, and in many cases the final repair bill, including all the supplements (that’s auto insurance speak for additional costs), exceeds the initial repair estimate. For this reason, accident vehicles with initial repair estimates of less that the State’s determined percentage are often declared a total loss, as it’s highly likely that the final cost will indeed exceed the determined percentage.

In almost all cases, the insurance company’s adjuster determines whether a vehicle is considered a total loss, and usually their word is final, despite what your friendly body shop claims. Many owners of total loss vehicles proclaim ‘but, I don’t want my (name your vehicle) totaled, I want it fixed! Almost always, it’s the insurance company’s decision, not that of the owner!

Almost all auto insurance policies have an ‘Appraisal Clause.’ It’s one of the auto insurance industry’s best kept secrets. Research it and be aware! An appraisal clause is a clause or paragraph found in most, but not all, insurance policies. It is designed to be a way of reaching a settlement when there is a dispute over the amount of a loss between you and your insurance company and can be invoked by either party. The appraisal clause is generally found in the "Damage to Your Auto" section of your policy. 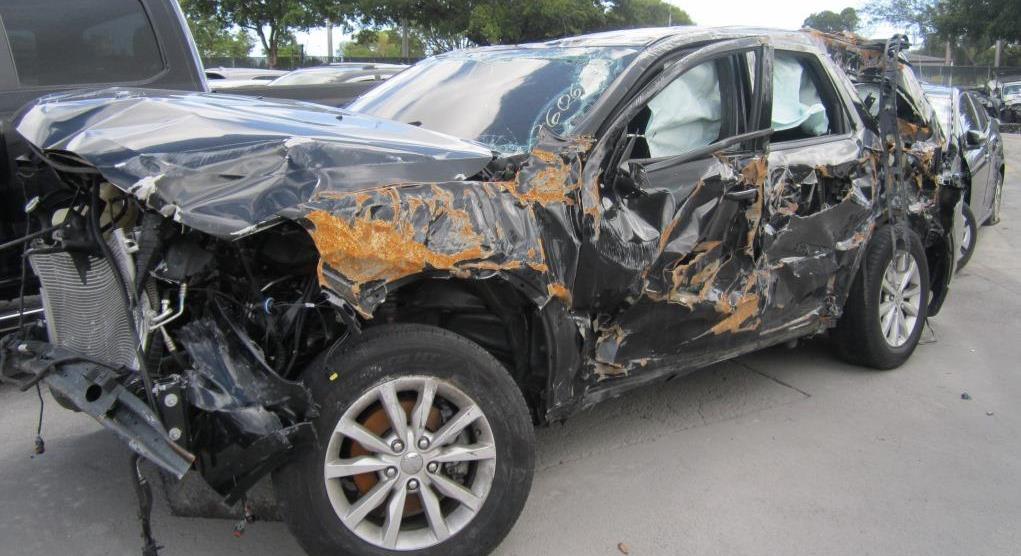 You have just been in an automobile accident and now you are wondering if your vehicle is repairable or if it’s totaled. Your body shop manager says that they are certain they can repair it, but the insurance company says they want to total it! What to do? Who do you believe? What are your options?

Should you tell your insurance company about upgrades and options?

Whether it's life, travel or automobile, insurance is the one item we purchase which we hope we never use. But, **** happens! Recently we handled total loss claims on a '90s Land Rover Defender and a 2021 Honda Civic Type R, both with over $10k in recent options and upgrades of which the owners never advised their insurance companies. We were able to settle for more $$$ than the insurance company initially offered, but the >$10k in upgrades was not covered! Yes, they saved a few $$ on the insurance premium, but lost thousands in the settlement. Don't be penny wise and dollar foolish! If you have invested in upgrades on your vehicle, advise your insurance company in writing! 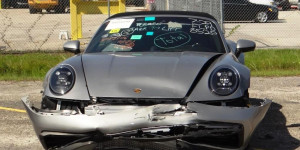 If your Porsche has been in an accident, whether it has been declared a total loss, or is repairable, by having a Prior-to-total loss Fair Market Value, or a Diminished Value appraisal, you will almost certainly have a higher cash settlement than the insurance company is initially willing to pay. Applies to all vehicles, not just Porsches! 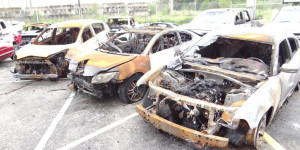 Total loss because of fire?

Has your vehicle been declared a total loss because of a fire? If your insurance company wants to settle for less than what you believe it's worth, invoke the Appraisal Clause in your policy, and get it appraised! Call/text 786-853-0711

Has your Jaguar been in an accident?

If your Jaguar has been in an auto accident, there are two possible outcomes: declared a Total Loss, or repaired and back on the road. Either way, you should be aware of the auto insurance industry's two biggest kept secrets: Appraisal Clause and Diminished Value. Do an internet search of both terms, and learn how you can receive a greater settlement than the insurance company is willing to pay. Call/text: 786-853-0711

Is this a Pass or a Fail? Unsure!

As seen in a South Florida wrecker's yard, along with many other total loss vehicles. But did it pass or fail? Hmm... If your vehicle was involved in an accident and declared a total loss, do not accept the insurance company's initial offer! Invoke your right to the Appraisal Clause in you policy and get an independent appraisal of its prior-to-loss fair market value. Call/text 786-853-0711

Google: 'appraisal clause auto insurance', and you'll realize that most of the owners of these 'Total Loss' vehicles in this compound never knew the appraisal clause existed in their policy. Based on our own results over the past 12 months, invoking the 'Appraisal Clause' resulted in policy holders receiving an average of 17% or $3,970 more that the insurance company initially offered to settle! Protect your investment! Get it appraised! Call/text: 786-853-0711