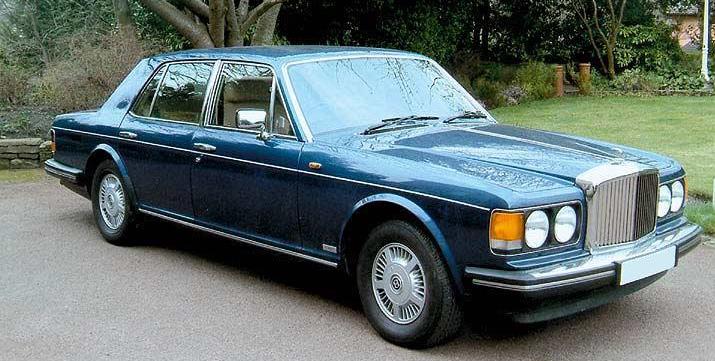 During the 103 years that Bentleys have been manufactured there have been numerous different models, and can be broken down into four distinct time periods.

Following the Great Depression, Bentley went into receivership and was purchased by Rolls Royce.  Bentley was generally considered the sporting variant of Rolls Royce. All Bentleys produced from 1931 to 2003 used inherited or shared Rolls-Royce chassis, and adapted Rolls-Royce engines, and are described by critics as badge-engineered Rolls-Royces.

Following the financial collapse of Rolls-Royce in 1970, Bentley was purchased by Vickers plc, who in 1980 subsequently also bought Rolls-Royce.

Vickers plc sold Bentley to Volkswagen AG at the end of 1997, and from 1998 to 2002, both Bentleys and Rolls were supplied with BMW sourced engines.  Since January 2003 to date, Volkswagen AG has been the sole provider of cars with the "Bentley" marque.  Since 2003 Bentleys and Rolls Royce are now once again very distinct marques as they were in the pre-1931 vintage period.

Whichever is your model of choice a PPI, or pre-purchase inspection is encouraged to avoid buyer’s remorse.

For more info on pre-purchase inspections and car appraisals in general, call/text 786-853-0711